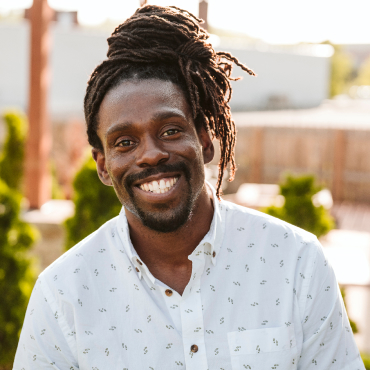 Cam F. Awesome
Champion of gratitude
People don’t need life coaches; they need quality friends that have permission to call them out on their JBS.

Below are shortcode widgets you can use to include captions underneath images, and to embed YouTube videos (copy-paste the video ID). You’ll want to remove this text before you publish your article.

People often ask me what made me start boxing at the ripe old age of 22. They want to know what would motivate me to put myself in a 16x16 box to fight another human who is trained to inflict significant damage to my person. Most people run away from fights or, at the very least, do not intentionally get into them and they actively avoid situations that are guaranteed to cause pain.

But . In this regard, fighters are built differently than the rest of the population. We are way past 3 standard deviations from the average human when it comes to risk aversion, pain tolerance, and self-regard.

We seek hardship while the masses seek comfort. We confront pain while everyone else pursues pleasure. We walk side-by-side with uncertainty and fear while most people embrace the safe and sure path. But why do it? Why do we fight?

More specifically, why did I do it? Why did I live the life of a fighter for 13 years?

Every fighter fights for different reasons, but rarely are those reasons born from a state of abundance and fulfillment. Many people visit the ring for recreation, but those who make it a permanent home do so because they lack something vital, and they feel that they’ll find it in the school of hard knocks.

Leo Tolstoy once famously wrote, “All happy families are alike; Each unhappy family is unhappy in its own way.” This is often referred to as the “Anna Karenina Principle.” The idea is that for a family to be happy regardless of its background or culture, there are certain minimum standards that must be met.  Every happy family needs food, shelter, safety, love, etc. However, a deficiency in any one of these areas robs the family of happiness.

More generally, happy people have the same things in common, but unhappy people can be unhappy for any number of reasons because there are many ways to be unhappy.

The Anna Karenina Principle explains why every fighter fights.

Like what I’m putting down? Pick up my weekly newsletter.

All humans have a survival instinct and an aversion to pain. While fighters share this trait with the rest of the population, we believe that we’ll find what we’re missing on the other side of pain.

I started fighting because I felt like a nobody. I wanted to feel like a somebody. I was a 22-year-old college dropout who worked at Starbucks. I hated the feeling of being invisible, insignificant, and overlooked.

You might be thinking that becoming a fighter to build an identity is like joining the army to learn how to fold your sheets. Sure, you’ll get what you came for, but it comes with so much other pain, hardship, and restriction that surely the cost of admission exceeds the value received. Perhaps there is some truth in this, but this brings me to another reason why I fought.

Until you have it, you don’t know you want it

Fighting is one of the few athletic avenues that is not closed to people who aren’t enrolled in a university.

There are only two hard age limits in the sport: to compete in amateur boxing, you have to be at least 10 years old. There is technically no age maximum, but any amateur fighter older than 35 will have the choice to compete in the Master’s division (35 years and older) and will be forced to compete there once he’s 41. As a professional, there are no such limits.

This means that you can start fighting when most people are ending their athletic careers. There are many notable names in the sport who have had successful careers after not even stepping in the ring for the first time until after their 18th birthday.

I started as an amateur boxer. Fighting is also unique in that you can start your career as a professional, but I wanted to go as far as I could in the sport. I knew that doing it this way was the right way. As I continued to fight and develop my abilities, I became respected. I had a community that I belonged to that did not rely on drinking as the sole reason for getting together.

I was simultaneously someone’s rival, mentor, and protege. I gained respect from other fighters, admiration from those who did not dare step in the ring, and I was legitimately becoming a better human.

The community that I found myself a part of transformed me. It made me a more disciplined individual It gave me a goal. It gave me a group of people to be accountable to and it served to make me aware of my inadequacies and deficiencies as a person.

You don’t get to choose your rite of passage

I realized that you have to deal with the demons holding you back from escaping the hell of familiarity in becoming someone new. Boxing forced me to face parts of me I never dealt with and tried to drown in alcohol.

I thought I started fighting to become someone special. This may have been a good reason for fighting but it wasn’t the real reason. The real reason was that I never felt like I was good enough, as myself, to simply be desired in a group. Even now, I struggle with this, as I often believe that I’m a burden to others.

I deliver engaging speeches and strategic exercises that instill gratitude and transform mindsets.